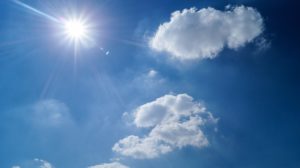 Cigarette smoking is the #1 cause of poor health, disease and death, costing the state of Alaska $536 million dollars in direct medical costs and lost productivity. This amount does not include the health effects from second and third-hand smoke exposure.

Alaska is one of only 16 states that don’t have a statewide smoke-free workplace law. Forty-two percent of the population is not protected from exposure to second-hand smoke in their workplaces.

The US smoking rate has declined by 50% in the last 50 years. However, targeted by the tobacco industry and exposed to second-hand smoke in low-wage jobs, the smoking rate for low-income people has not changed.

It is estimated by the Alaska Tobacco Prevention and Control Annual Report that adopting a smoke-free workplaces law would save Medicaid in Alaska a half a million dollars over 5 years.

In addition, rates of preterm birth and babies born small decreased between 5%-11% a year after country-wide smoke-free laws were adopted in Ireland and Scotland (PLoS Med. 2012;9:e1001175). Three hundred thousand dollars were saved over three years in a small town in Mississippi for the treatment of heart attacks only (http://www.ttac.org/resources/pdfs/120810_Miss_Heart_Attack_Report.pdf). While Germany saw a $6.9 million, (20.1%) decrease in heart attack related hospitalization costs during the first year after smoke-free law implementation.

Smokefree workplaces save money and lives.

If you are interested in promoting smokefree workplaces in your community, please contact Tobacco Prevention and Control at kcox@ncaddjuneau.org or the Alaska Lung Association at http://smokefreealaska.com. Or stop by the Quitline table at the Health Fairs.