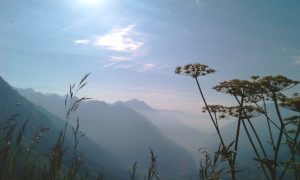 Alaska is one of the few states in the nation, along with Illinois and New York that are not “pre-emption” states.  That means that local communities are free to pass local ordinances governing tobacco.

Juneau’s tobacco tax is the 5th highest in the nation at $5 per pack ($2 state tax plus $3 local tax).  Ketchikan, Petersburg and Barrow, the communities which most recently raised their tobacco taxes, bring up the bottom of the list at $4 per pack.  Juneau and Petersburg are also two of the first communities in the nation to tax electronic-cigarettes by labeling and taxing them as “other tobacco products”.

According to the state’s behavior survey (Alaska Tobacco Facts, 2015), the majority of smokers (71%) want to quit.  But addiction is a powerful force. The craving for an immediate cigarette overwhelms fears of heart disease or lung cancer in the future. A high tax brings at least the financial cost to the present, in the hopes that people quit smoking, or never start.

For anyone ready to quit, the state funds Alaska’s Tobacco Quit Line (1-800-QUIT-NOW), which is a free, anonymous service available to every Alaskan adult.  Alaska’s Tobacco Quit Line provides counseling by professional quit counselors as well as free Nicotine Replacement Therapies (NRT). Also, mandated by the Affordable Care Act, Alaskans should have access to cessation services through their regular health practitioner, which are preventative services covered by their insurance companies and Medicare/Medicaid.