Every Victory Counts – Living with Parkinson’s by Kerry Howard 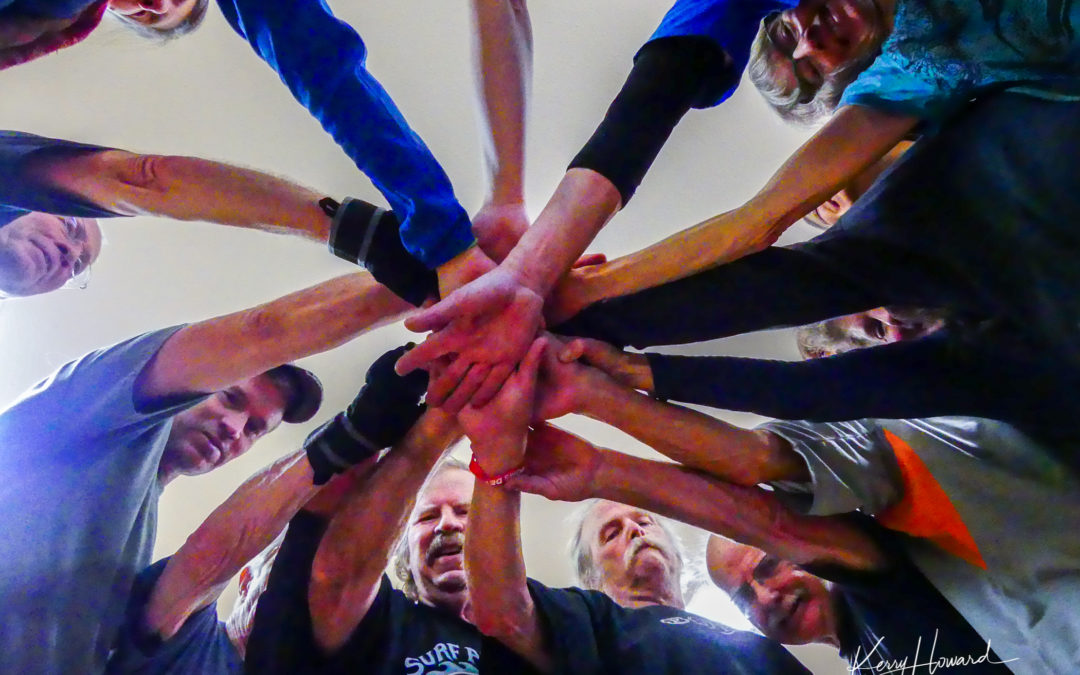 Sometimes life-changing events start off very small.  For me, it was a barely noticeable twitch in my little finger.  Although small, it caught my attention because it was unusual.  But because it was “just my finger,” it was easy to ignore—at least for a while.  Six months later, when the twitch was more persistent, I mentioned it to my doctor.  She initially said she wasn’t concerned because everything else seemed fine.  However, when six months became a year, and as the tremor increased, she referred me to a neurologist.

During my office visit, the neurologist diagnosed me with essential tremor—an disease with tremors that occur primarily with movement.  I was surprised but felt I could manage that diagnosis and carried on.  Several months later I saw my naturopath for another matter.  She said she was still concerned about the tremor and referred me to a “movement disorder specialist”—a neurologist with specialized training.  She levelled with me and advised she wanted to rule out Parkinson’s—a progressive, neurologic disease that also presents with tremors.

No specific test exists to diagnose Parkinson’s.  However, a doctor trained in nervous system conditions can diagnose Parkinson’s based on medical history, a review of  signs and symptoms, and a neurological and physical examination.  I remember that initial exam well and, during the exam kept thinking, “I’m acing this!”  Perhaps that is why I was so taken aback when the neurologist told me, “This concludes our examination and you have Parkinson’s.”  I burst into tears.

Parkinson’s is a progressive nervous disorder that affects movement.  Symptoms start gradually and worsen over time.  Signs and symptoms can be different for everyone, which can make the illness more challenging to diagnose.  Early symptoms can be mild—such as mine—and often go unnoticed. Symptoms can include such things as tremor, slowed movement, stiff muscles, impaired posture and balance, speech changes and writing changes.  Currently there is no cure, although medications can help manage symptoms.

For several months, I was overwhelmed by the Parkinson’s diagnosis.  I had recently retired and was looking forward to the freedom, but now I felt like all my hopes and dreams had flown out the window.  For a few months, the future looked pretty bleak, even though I consider myself an optimistic person.  I just didn’t know how to tackle this challenge.

As I began to reach out to learn more about this disease, I met other people who had Parkinson’s and also began to discover a variety of resources and organizations that can provide assistance.  One of these organizations—the Davis Phinney Foundation —would have a profound influence on my future.

The mission of the Davis Phinney foundation is “to help people with Parkinson’s to live well today.” Simple—yet profound.  Finding this organization was a catalyst for me to “get back” to myself.  I came to realize that although Parkinson’s is currently incurable, I could do a lot to maintain and improve my quality of life.

So what specifically do I do? I live life as normally as possible!   I eat well and I exercise, including a boxing class specific for people living with Parkinson’s.  I volunteer in the community, spend time with friends and family doing things I enjoy, and essentially live the same life I did before diagnosis.  In all honesty, while I am not “happy” to have Parkinson’s, I am determined to live a good life and to be as happy as I can in spite of it.

There are three ways, in particular, that the Davis Phinney Foundation has helped me.  First, I obtained a copy of their manual, “Every Victory Counts,” which provides a wealth of information and inspiration.  Second, I attended a one-day “Victory Summit”—a free event they sponsor that delivers up-to-date information and practical tools.  Finally, in 2019, I applied for and was accepted to be an Ambassador for the foundation.  In this volunteer capacity, I devote time and energy to help communicate the Davis Phinney Foundation philosophy to others.

Those who are living with Parkinson’s will face different challenges, and a one-size approach to manage these challenges definitely does not fit all.  In spite of these uncertainties and variabilities, I truly believe that you can live one day at a time with optimism for the future.  As Davis Phinney says, “Every victory counts!”

Please find me at the following Health Fairs this season: March 21 in Juneau and March 25 in Anchorage.

Kerry Howard was diagnosed with Parkinson’s 5 years ago.  She enjoys hiking, photography, and volunteering in her community.  The Davis Phinney Foundation transforms how people live with Parkinson’s by providing free information, and inspirational resources and tools designed to empower people to take a more proactive role in their care.  This nonprofit organization was founded in 2004 by Davis Phinney, a former professional road bicycle racer and Olympic medal winner.  For additional information about this organization, please see their website at: https://www.davisphinneyfoundation.org/